Stockholm Skavsta Airport, operated by VINCI Airports, has joined the Hidden Disabilities Sunflower network to support people with invisible disabilities as they journey through the airport. The initiative was first launched by London Gatwick airport, also operated by VINCI Airports and the Sunflower has since become a globally recognised symbol by major transportation hubs, private organisations, sporting and entertainment facilities, health and emergency providers and more.

Stockholm Skavsta is the first airport in Sweden to offer these symbolic lanyards for customers. “Following the footsteps of other airports in the VINCI Airports network like Gatwick is a proof of our strong commitment towards inclusion and airports accessibility for all. At VINCI Airports, we want our customers to have the best possible travel experience, and we are proud that Stockholm Skavsta becomes the first airport in Sweden to participate in this scheme. We believe that with the Sunflower scheme we will create a positive travel experience for people with hidden disabilities. October is the month of awareness, and what could be a better time to launch this great initiative.” said Stockholm Skavsta Chief Executive Office, Cedric Fechter.

The Sunflower scheme at Stockholm Skavsta Airport is sponsored by CAPERO Medical AB, who is the distributor of premium stoma care products in Sweden. Capero decided to support by purchasing Sunflower lanyards for World Ostomy Day on October 2.

The lanyard, which includes a simple Sunflower image on a green background, is a discreet way to alert employees at the airport, that the passenger may require some extra support or just a little more time. The Sunflower supports people with disabilities that may not be obvious to others, such as autism, dementia, mental health issues or learning difficulties. Under the Hidden Disability Sunflower, people with invisible disabilities can choose to wear the widely recognised lanyard bearing a Sunflower logo as a subtle way of letting others know that they may require or a bit more time, kindness, patience and understanding.

Paul White, CEO Hidden Disabilities Sunflower, “We are very excited that Stockholm Skavsta Airport have joined the Hidden Disabilities Sunflower network. Every time another airport joins it makes the world a little closer for people that have non-visible disabilities. Staff at Stockholm Skavsta Airport have taken our training and are ready to support Sunflower passengers allowing them to travel to explore or work, to reunite with family and loved ones and of course to make new memories.”

About the Hidden Disabilities Sunflower Scheme 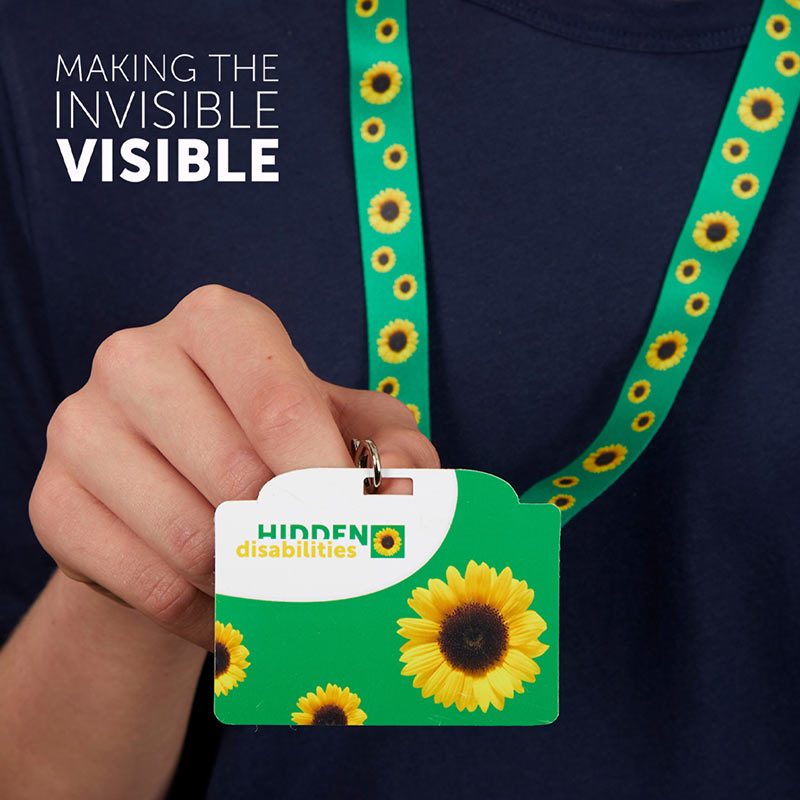